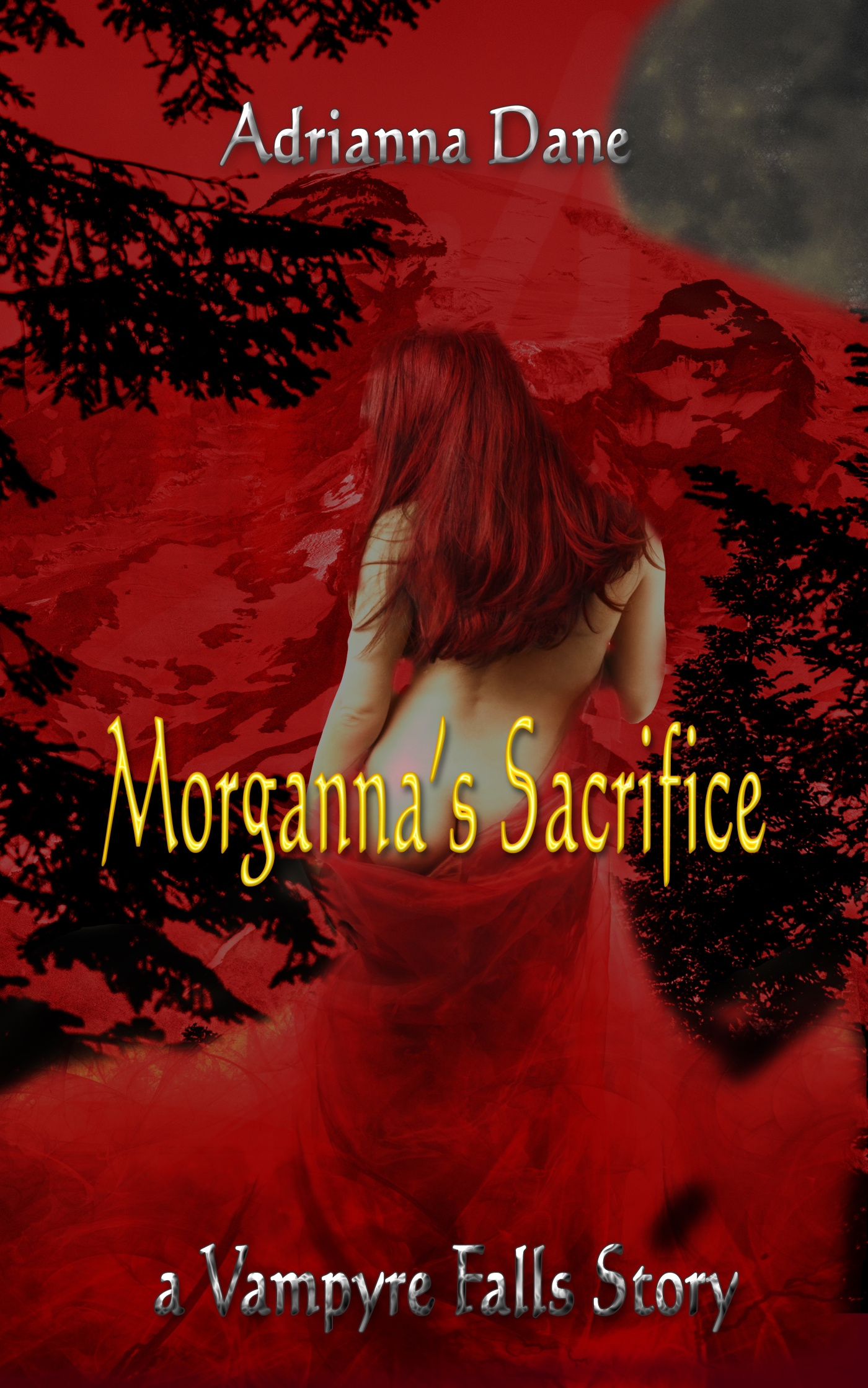 Morganna’s lover, Keelan Moonhunter, a seductive dark elf, disappeared from their province in the Faerie Realm years ago without a word. She assumed he’d simply grown weary of her and sought his pleasures elsewhere. To help her deal with the heartbreak, Morganna pacted with the goblin alchemist, Syril Grimstarker, for a potion that would mask all the pain—at least for a time. Little did she know, however, exactly what evil secrets Syril held.

Until the night her long-lost lover, Keelan, saves her from the sadistic hands of the vampire Romulus. Now, Keelan’s a vampire with tortured memories and living in a place called Vampyre Falls. He whisks her away to the human world to protect her, and there, she meets the mysterious vampire, Daffyd Angelus, who once saved Keelan’s life. Morganna senses deeper ties between Daffyd and the dark elf she still loved. And Keelan reveals why he disappeared so long ago.

The only hope for any future together could hinge on sacrifices Morganna will be asked to make in order to remain in Vampyre Falls. Is her love strong enough to turn her back on everything she has known to stay with the one man she knows is her soulmate? Even if he is a vampire?
Amazon Buy LInk: https://www.amazon.com/dp/B06XDJ7L4R
Books2Read Universal Link: https://www.books2read.com/u/4DojR7
Smashwords Buy Link: https://www.smashwords.com/books/view/735861

Keelan lay back on the bed as the echoes of sensual pain surged through him after the encounter with Daffyd. His mind wandered as he felt the weight of the blue pendant against his chest.

“How do you feel?” Keelan glanced up at Daffyd who stood next to the bed, holding a goblet. He offered it to Keelan, his black gaze traveling expertly over his naked flesh. “This should help.”

Keelan’s body responded to the imperative look, his cock rising to rigid attention as he accepted the goblet and drank down the herb-laced blood. The thick liquid zinged through his system and he felt his strength returning. The bed shifted as Daffyd sat down next to him. His cool hand brushed lightly across the cuts and bruises on Keelan’s torso. Leaning forward, he licked at the tantalizing droplets of blood leaking from one long wound.

As his tongue dipped and swirled along the seam, Keelan hissed sharply at the stinging, yet seductive sensation that erupted inside him. The chasm of dark desire yawned wide to draw him down toward the blackness. “I’ve never tasted Fae blood quite as rich as yours.” His heavy, deep gaze slid up to embrace Keelan’s from beneath long, sooty lashes. “Do you regret your choice in joining me?”

Daffyd had saved his life, had accepted him into his world without question. There was no room for regret, even as a pretty fae face flickered at the corner of his mind. Keelan tamped down the memories of his former life in the Fae realm. That was all behind him now. After what had happened to him, what he now was, he could never return. He stroked Daffyd’s strong jaw. His skin was cool and smooth, unblemished as fine porcelain. Carefully, he leaned up, feeling every bruise. He pressed his lips to Daffyd’s.

The vampire pushed him back, his own body anchoring him to the bed. His mesmerizing, fathomless eyes pinned Keelan beneath a swirling black look. “Do I give you what you need, Keelan?”

“Yes, Daffyd. I don’t regret allowing you to turn me. And you must know you give me what I require. What my body and mind demand.”

Daffyd’s glance lowered to the pendant he always wore. “But you still think of her.”

Keelan looked away. “I can’t help it. I loved her—I still love her.”

“But you need me.” He pressed his sharp nails into Keelan’s broad muscular chest and Keelan arched up into the pain. Because of his experience, he needed it now and his cock grew thicker, more rigid than before. He wanted Daffyd to track his nails down his torso, to draw the lines of blood and then to feel his tongue on his flesh as he savored the taste of him, drawing the exquisite forbidden passion from his body.

“Yes. You saved my life and I’ll never forget that. And I need you.”

“She wouldn’t understand, would she? About this hunger for pain that has now been ingrained into you.”

“I wouldn’t want her to know.” Morganna was such a passionate creature, so finely tuned to her environment, to happiness and love. He could never draw her down into his world.

“So you stay here to protect her. From yourself.”

Find out more about Keelan’s inner turmoil here, where I wrote Keelan’s motivations. 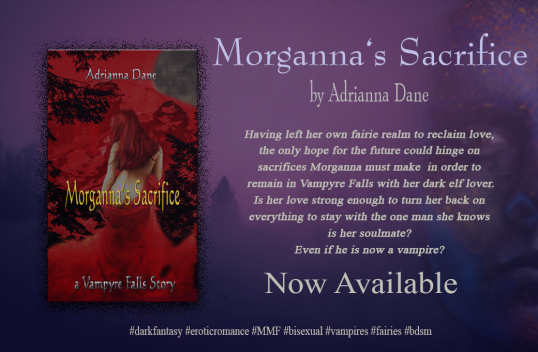