Submissives Aurora and Tad mourn the loss of their beloved mistress. 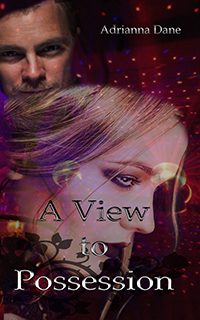 Two years after her death, although they have each other and the club that Aurora was left by Mistress Martine, it doesn’t seem to be enough.  Something is missing.  Enter Master Constantine Jardine.

Con Jardine leaned back against the bar and studied the occupants of the room. For eight weeks he’d been coming here. By now he was familiar enough with the layout and routine of the place. For two years, ever since Martine’s death, he’d kept an eye on the Noir Dance from a distance. She’d been a good friend and he’d made her a promise.

He’d watched the nightclub prosper, seen that Mistress Martine’s two beloved subs did not find themselves in deep water that they couldn’t swim out of. Martine had indicated she wasn’t sure Aurora was up to the demands she had thrust onto her shoulders and was worried about their security and happiness.

After finally extricating himself from his own demanding obligations back in New York, and uncollaring the sub who’d been with him for the last three years while he’d been on assignment in New York, he’d made arrangements to travel back to Reno to check firsthand on the pair. It wasn’t that he wouldn’t have brought Ella with him, it’s just that she preferred to stay in New York and not return with him to Nevada. They had parted on amicable terms. He had enjoyed her while they were together, but he wasn’t heartbroken by her decision to remain behind.

Reports from his acquaintances were that this pair was doing fine, but he wanted to see for himself. He felt a responsibility to Martine to personally make sure everything was going well, even though the reports he’d received on the club indicated they were.

At first he’d waited. He needed some space after the last lengthy relationship, time to breathe and get his own affairs in order. Yet something had drawn him to the club, some urgency he hadn’t quite understood. He was glad he had come because on the surface everything proceeded as though Martine still ran the place. But every night, as he watched the pair do their nightly appearance at midnight, that was when he was afforded an opportunity to really study them. And things were not right with them. He sensed the undercurrents of unease.

Over the years, having possessed his own share of slaves and submissives, he knew how to read people. Here were two people playacting, going through the motions, but still grieving for the loss of their domme. Aurora wore the role of mistress well, but behind the mask of domme was a sad, grieving sub who had made a promise to her mistress and was determined to carry it out no matter that her heart and soul lay bruised and unappreciated.

Tad was an intriguing young man, following Aurora around like a little puppy dog, acceding to her wishes, her commands. Con could see he cared for Aurora, but the respectful demeanor of a sub for his domme was not evident. And his gaze often roved over the bar, as though seeking something, someone to fill the void. Martine had said they both required a firm hand and that’s why she had come to Con. She’d worried about them right up until the end. She had contacted Con in desperation.

He could feel the crackle of the letters in his vest pocket. Her last words to them—if they should be needed. After two months of studying them, both here in the club, and as they went about their daily lives, he knew it was time. They were like lost sheep who pretended to know their way. Intelligent and careful, or they would have been gobbled up by the worst element by now, but still lost and in pain. He respected that demeanor of strength. Neither were willing to give up their freedom, or offer themselves to just anyone.

He was the one who could make it right for them. He had exerted patience over the last eight weeks, allowing them to see him, to become accustomed to his presence, to watch him, gauge his suitability. He had never been the kind of dom to force himself on a sub, pushing his control on them. He wanted them to come to him willingly and tonight was the night to make his intentions known with this couple. He would not let Martine down, and he would show this pair they had a new home, a new guide.

The music changed and he glanced down at his watch. It was time for them to make their entrance. He glanced up as the double shiny silver doors at the end of the room opened and the crowd parted and hushed as though on command.

The majority of this goth audience played at bondage, tinkered with it, but were not dedicated to the lifestyle. They were intrigued by the idea of it. Maybe that’s why no one could see through the pair as they performed for the gathering. The dance floor cleared and the pulse of the deep music acted like a trance on the predominately young, wealthy audience. They waited in heightened anticipation, those with partners suddenly locked and touching intimately, the tantalizing anticipation deepening their desires. The perfume of sex and excitement permeating the air, now tinged with the thick, smoky incense filling the room.

And then they appeared.