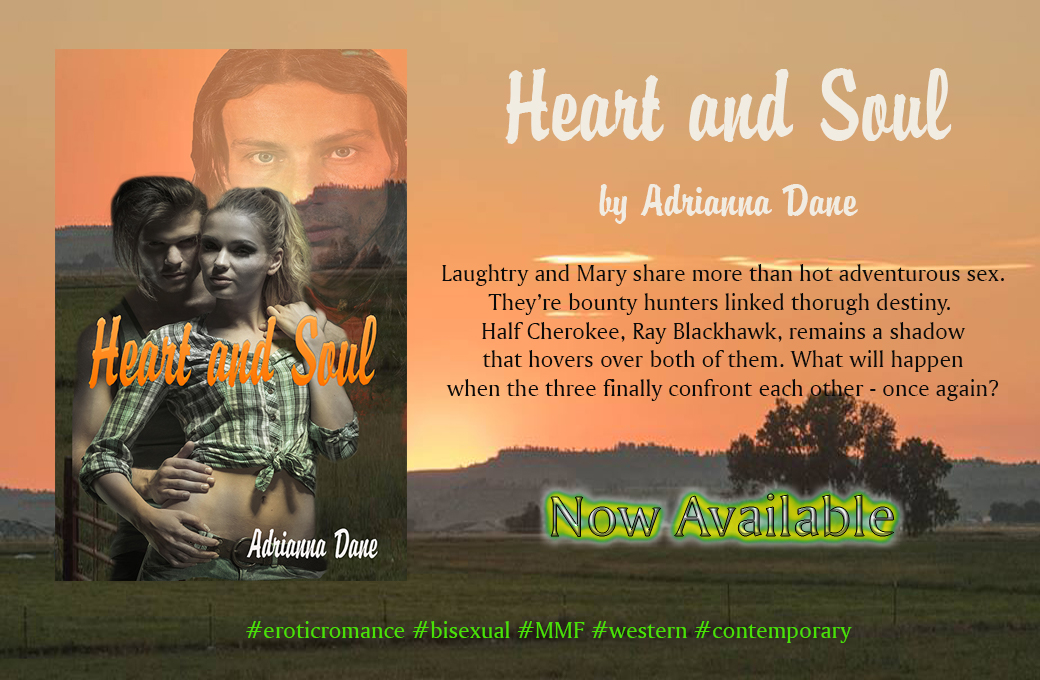 Laughtry and Mary share more than hot, adventurous sex. They’re bounty hunters–business partners, who may have met by accident, but more likely were linked through destiny. Lovers of the same magnetic man–at different times–they are now bound to each other. Half Cherokee, Ray Blackhawk remains a shadow that hovers over both of them, or maybe between them. A man whose mark they both carry and whose memory still burns hot as the Oklahoma sun. A lover who disappeared from their lives like a ghostly mist at sunrise, leaving them both with heartache, questions, and no closure.

Now it’s time to resolve the past. A motorcycle journey takes Laughtry and Mary from Tulsa to Freedom to confront Blackhawk and discover what changes time has wrought and whether love and memory can withstand the ravages of remembered passion. Or will the journey’s end tear Laughtry and Mary apart? Will Blackhawk remember and choose one of them over the other? And can they accept what fate has planned? What will happen when the three of them finally confront each other for the first time? Together. 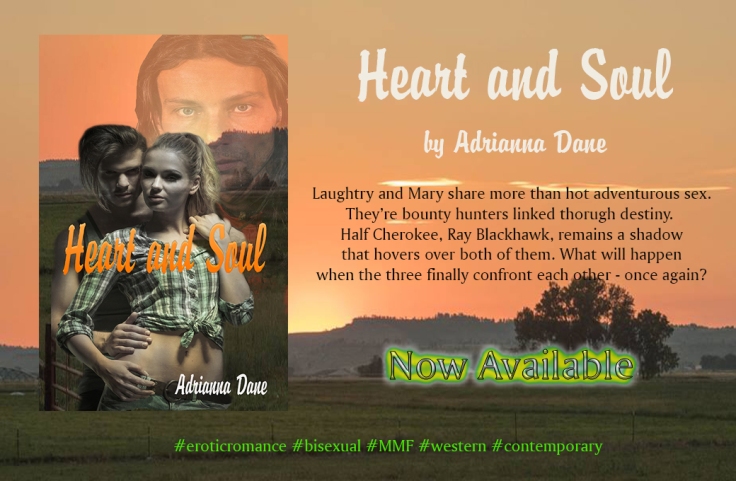 “We’re looking for Ray Blackhawk. I understand he’s here. Can you tell me where we can find him?”

The cowboy’s lips tightened as he looked Laughtry up and down. Mary couldn’t see his expression because his hat shadowed the upper portion of his face. But his stance told her he was wary of the new arrivals and she had a feeling they weren’t going to get much information from him.

Mary could feel Laughtry tense. It was a testosterone pissing contest as the two men eyed each other. Well, shit. She stepped in front of Laughtry, hands on hips.

“Look, mister, we’ve driven a long way to see an old friend. And we’re pretty hot and tired. Let’s quit tap dancing here and just tell us if he’s here or not.”

The man tipped his hat back and turned his attention to Mary. Interesting face. Weathered and tanned, deep lines etched into his features. She couldn’t quite figure his age from this distance. His gaze slid over her body. Another woman might have been embarrassed, but Mary was used to rude men trying to put her in her place. It never had gotten them very far.

She straightened her shoulders, lifted her chin, and glared right back at him, not giving an inch. Her gaze slid over his body, hopefully with a touch of insolence in the look. Right back at you, cowboy. Not bad if she was actually in the market for his type. She stepped toward him.

“It’s okay, Johnny. I think I know them. They aren’t strangers.”

Mary whirled around at the softly spoken words. It was a voice she heard in her dreams, it hadn’t changed over the years. It was just as powerful as it had always been. Maybe more so after such a lengthy lapse of time. Deep and raspy, like tequila going down hot, blindsiding you if you weren’t paying attention.

“Ray Blackhawk.” Her focus turned on him, drinking in the effects time had rendered on the hard, lean body, the long ebony black hair, the deep sable brown of his eyes. He wore faded jeans, brown scuffed boots, and a loose-fitting cream-colored shirt. The ties crisscrossed over his chest, showing a generous amount of bronzed flesh. Skin she suddenly remembered the taste of very well. Her gaze rose higher, fastening onto his mouth. There was a slight curl to his sensuous lips as he studied the pair. The air stilled and immediately she felt the magnetic draw of his personality as though the years just melted away.

“Who’d have thought,” he said. His attention turned to Laughtry and he held out a hand. She watched as Laughtry took it in a firm grip, the men eyeing each other for long moments, and then he pulled Laughtry into a hug, fingers flexed against his broad back.

“I’ve missed you, man.” The words were raw, filled with some deep emotion.

Still hugging Laughtry, Ray turned his dark gaze on Mary and he reached out a hand. Something broke apart inside her as she accepted his hand and he drew her into the huddle of three. She gripped his back, but still managed to hang onto Laughtry as well.

Ray tilted her head and his hard lips claimed hers, tongue thrusting deep and claiming the past as though there had never been a separation of years intervening. He lifted his head and turned to Laughtry, kissing him with the same deep probe that Mary had just experienced with him.

“I’ve missed you both. I know you probably won’t believe that, but it’s true.”

He took a deep shuddering breath and then released them, stepping back to look at both of them. “I’ve a feeling there’s a story here. I can’t believe it. The two of you. Here. You can’t imagine how many times I’ve fantasized about this.” 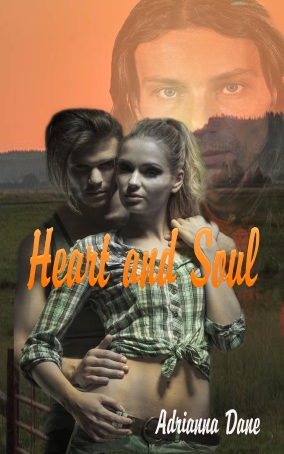 Now available at most ebook retailers.